Solar Learning Center > The Pros and Cons of Solar Energy in 2023 > How Do Solar Panels Lower Your Electric Bill? > San Diego Gas and Electric (SDG&E) proposes a 28% rate hike over four years

San Diego and Southern Orange County energy provider, San Diego Gas and Electric (SDG&E), is proposing a 28% rate hike over four years. The biggest increase of 11% in 2019 would cost the average San Diego customer an additional $13.99 on his monthly utility bill. The California Public Utilities Commission (CPUC) will hold several hearings before making its ultimate decision. CPUC could vote to approve SDGE rate hike request, reject it or set a smaller increase for SDGE.

Wes Jones, SDG&E spokesperson told 10News “We’re committed to delivering clean, safe, and reliable energy that every family and business in the region deserve and sometimes that requires modernizing and upgrading our infrastructure to do so.”

But many San Diegans are not happy with SDG&E’s rate hike proposal and they are hoping CPUC would not approve this.  Before looking at the details of the rate hikes in the next four years, let’s see SDGE’s historical rates to better understand the steady increase over the years.

What’s our main take?  With the 30% Federal Solar Tax Credit also stepping down in 2019, this is a good time to switch to solar to maximize your savings.

SDGE Time Of Use Plan

Time Of Use plan is an energy pricing plan where customers are billed based on WHEN they consume energy. By shifting your electricity usage to times when costs are less and demand is down, you can lower your bill. However, this does involve purchasing “smart” devices or energy storage systems or changing your usage behavior, to switch your electricity consumption to those “off-peak” times.

For many customers who return from work between 4 and 9 PM, it’s hard to avoid consuming power during the expensive “on-peak” time. 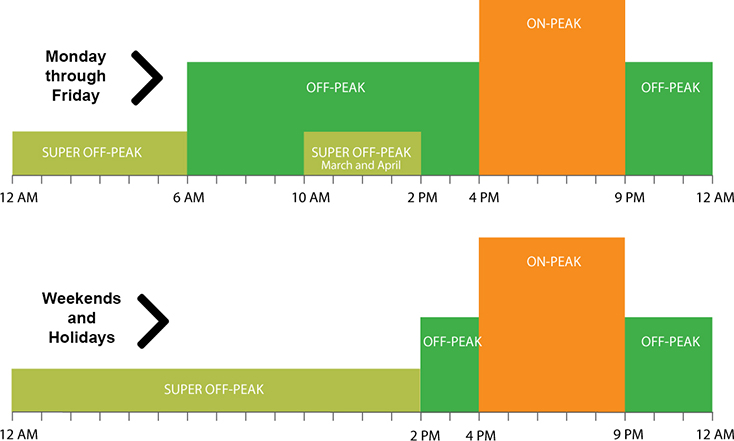 Under TOU-DR2, there are two pricing categories – On-Peak and Off-Peak. In TOU-DR2 plan, the pricing schedule is the same throughout the week. 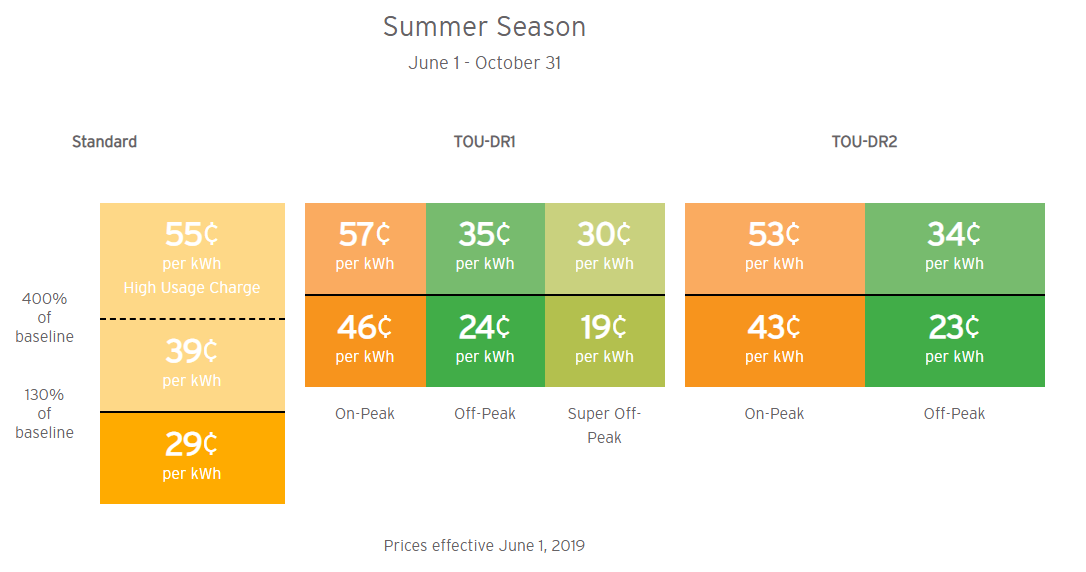 SDGE states the reasons behind increasing rates is to enhance safety and reliability and to manage risks that could impact their employees, customers, and/or system.

But, a total rate increase of 28% over the next four years is not great news for residential customers. SDG&E operates in a tiered structure and the users in the highest tier could see their electric bills double.

When is better to go solar than now! Once your loan is cleared, you will get free electricity for the rest of the life of your system! Solar experts at Solar.com will help you to understand your savings with solar.

6 Reasons You Should Buy Solar Panels

There is a lot of buzz around home solar these days. There are a lot of messages pushed to homeowners about their options. I’d like...

Top Reasons Why You Should Go Solar Before 2022

Have you been wondering whether you should take the leap over to solar before 2022? Some reasons for doing so are obvious, such as cleaning...

America’s revolutionary solar advocate succinctly summarized the reasons why you should go solar. I’d put my money on the sun and solar energy. What a...

The Impact of SCE’s Rate Changes

Here's How to Understand Your PG&E Bill After Going Solar

For residents of California who are customers of the Pacific Gas & Electric (PG&E) company, one of your biggest questions before you decide to switch...

Your Electric Bill After Going Solar

After going solar, the first thing you will likely notice is the drastic decrease in your monthly electric bill. The significant savings on one’s...

It is no secret that the cost of electricity has been going up recently and is set to increase further in the future. All throughout...

It’s common knowledge that the cost of solar panels and other solar related technologies has dropped significantly over the past decade and will continue to...

Your Life Once You Go Solar

If you landed on this post, then you probably have some interest in going solar. Maybe you have already installed a solar panel system and...

The Top 10 Benefits of Switching to Solar

For most people, making the decision to go solar brings up many questions. Even just thinking about switching to solar energy can sound strenuous. However,...

10 Tips To Lower Your Electric Bill

At Solar.com, our team is always looking out for ways to save you money on your electric bill. Here are 10 tips to help you...

The Nevada Power and Utilities Commission recently weighed in on the state’s net metering debate with bad news for solar customers and the solar industry...

With scorching temperatures and nearly year-round sunshine, Arizona seems to be an ideal location to implement a rooftop PV system. However, with the possibility of...

In 2014, 369.6 GW of energy was generated from wind power globally. This number continues to grow every year, and it shows no signs...

Solar.com was recently featured on KTLA’s Money Smart. Check it out to learn about going solar in California! The average cost of utilities for homeowners...