How Does Solar Power Work on a House? | Solar.com
Close Search

Solar Learning Center > Solar Panels for Home > How Does Solar Power Work on a House? Your Questions Answered

How does solar power work? A simple explanation is that solar panels convert sunlight into electricity that can be used immediately or stored in batteries.

The sun essentially provides an endless supply of energy. In fact, with the amount of sunlight that hits the earth in 90 minutes, we could supply the entire world with electricity for a year — all we have to do is catch it!

That’s where solar panels come in.

How solar panels power a home

Solar power has many applications, from powering calculators to cars to entire communities. It even powers space stations like the Webb Space Telescope.

But most people are concerned about how solar panels can power their house and reduce their electricity bill.

Here’s a step-by-step overview of how home solar power works:

Now that we’ve covered the basics, let’s break down how solar panels work in more detail.

How does solar power work? The photovoltaic effect explained

Solar panels turn sunlight into elctricity through the photovoltaic (PV) effect, which is why they’re often referred to as PV panels. 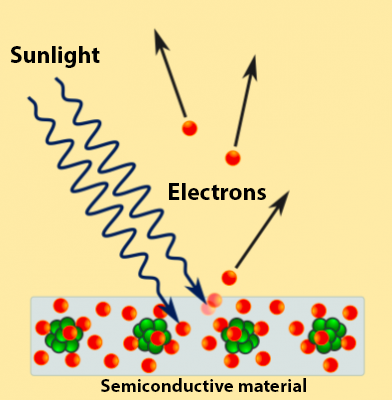 Photons hit the solar panel causing electrons to be freed during the photovoltaic effect.

The free electrons flow through the solar cells, down wires along the edge of the panel, and into a junction box as direct current (DC).

This current travels from the solar panel to an inverter, where it is changed into alternative current (AC) that can be used to power homes and buildings.

How is solar energy used to power your home?

Most home solar systems are “grid-tied” meaning that the solar system, home electrical system, and local utility grid are all interconnected, typically through the main electrical service panel.

Connecting these systems means you can power your home with solar electricity during the day and grid electricity at night. It also means your solar system can push excess electricity onto the local grid to power surrounding systems, like your neighbor’s house.

Through net metering, you earn credit for excess solar production that can be used to offset the grid electricity you use at night.

Home solar with battery storage works similarly to the process above, but intsead of pushing excess solar production onto the grid, it’s first stored in batteries in your home or garage.

Pairing solar and battery is especially handy for:

Related reading: Can I Use Solar Panels Without Battery Storage?

What types of material are used in solar panels?

Both types of cells produce electricity when exposed to sunlight, however there are some key differences between the two:

If space is limited on your roof or project site, a higher-efficiency, monocrystalline panel may be preferred, and could result in a better return on investment. Alternatively, a lower-cost, slightly less efficient, polycrystalline panel may do the job just as well if you have ample roof space on your home.

Many panel manufacturers also build panels containing both mono and polycrystalline wafers to form solar cells, capable of harvesting energy from a wider spectrum of light.

Be sure to ask what type of cell (“mono or poly”) your home solar system design contains, This distinction may affect the aesthetics and economics of your project.

Enter your zip code above to see how much you can save with solar.

It is important that your solar panels receive good insolation (sun exposure) throughout the day and are free from as much shading from trees or neighboring obstructions as possible.

There are a number of factors that influence solar panel efficiency. They include:

Solar engineers use satellite imagery to determine which panels and placement will provide optimum solar panel efficiency for you home.

How does solar power work FAQs

How does home solar power work?

Solar power works by converting sunlight into electricity through the photovoltaic (PV) effect. The PV effect is when photons from the sun’s rays knock electrons from their atomic orbit and channel them into an electrical current.

Using PV solar panels, sunlight can be used to power everything from calculators to homes to space stations.

How does solar power work at night?

However, home solar systems typically generate excess electricity during the day, which can be stored in batteries or sent to the local grid in exchange for net metering credits. This is how solar owners maintain power when the sun isn’t shining.

Yes, solar panels still generate electricity on cloudy days, although not as effectively as sunny days. Solar panels can capture both direct and indirect light (light that shines through clouds), but perform at around 10-25% of their normal efficiency when it’s cloudy.

Cloudy days can be beneficial, however, as rain washes the panels and increases their overall efficiency.

We all are familiar with residential and commercial solar panels. They can be found all around states like California, New York, Massachusetts, and more. The...

The short answer is: no, solar energy systems only operate during the day. This is because the power from the sun is key to how... 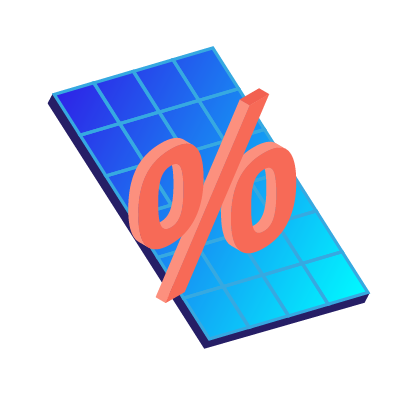 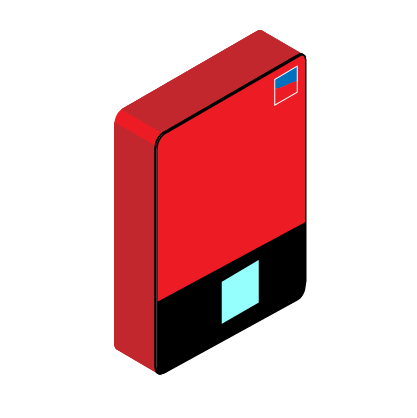