Three Reasons Why GE Is Betting on Sonnen Battery Systems

At the beginning of June, German battery system manufacturer Sonnen Inc. announced it had received a significant investment from GE Ventures. According to the company, GE’s investment arm shelled out a “double-digit million Euro” amount for a minority stake.

Until then, it had been mostly Tesla grabbing the headlines introducing its Powerwall a year ago, the first of which are now reaching customers in the US. And competition in the emerging residential storage market becomes tougher as more opportunities are looming.

According to GTM Research’s most recent US Energy Storage Monitor, distributed battery storage will surpass grid-scale storage in the US by 2020. GTM Research forecasts that America’s energy storage market is going to grow 28 times bigger than it is today, reaching 1.6 gigawatts capacity within four years. Roughly half of that will be behind-the-meter in the form of residential or small commercial battery-plus-solar applications.

So why is GE betting on a relatively small German company that just started offering its battery system in the US? The answer boils down to experience, opportunity, and upside.

Sonnen was one of the first movers in the German market as soon as the question arose how to best store energy from residential photovoltaic (PV) systems after the German government introduced a generous feed-in tariff in 2000. Sonnen understood that batteries will eventually become commodities. Instead of developing better lithium-ion technologies, the company focused on software and system integration. As a result, it was able to offer a competitive battery system for homeowners early while many established players in the German market had to play catch-up.

To date, Sonnen claims to have installed more than 10,000 units, mostly in Germany, while aggressively expanding in markets like Australia, the UK, and the US. Tesla had to learn the hard way what this kind of experience is worth when it was faced with customer complaints about its first units delivered in Germany making too much noise. At least in one instance, the Powerwall was replaced with a Sonnen system. Talk about bad publicity.

There are no two ways about it: Putting a battery in your basement to store energy from your PV solar system is not economical at this point. The money you have to spend for each kilowatt-hour to be put into the battery and taken out later hovers between 40¢ and 80¢ per kilowatt-hour. That’s way more expensive than electricity from the grid, even if you apply a 30 percent federal tax credit, which you might be eligible for if you charge the battery largely with self-generated solar power. Check this video to find more about kilowatt-hour.

The only way to make the numbers work is to have the battery perform different services for the grid, like load shifting or shaving the peak off of the solar production curve, opening up various revenue streams. This is also known as revenue stacking. In its report “The Economics of Battery Energy Storage”, the Rocky Mountain Institute identified 13 revenue streams that residential battery systems will be able to tap in the future.

While there are technological and regulatory hurdles to overcome, once the revenue streams become available, Sonnen system owners will be better equipped to milk them than others. The reason is Sonnen uses batteries with different chemistry than most other companies. It allows for 10,000 charge and discharge cycles over the lifetime of the battery. Most of the competitors offer no more than 4,000 cycles.

Right now, it is hard to make use of this feature because a typical residential solar PV system fully cycles a battery only once a day or 3,650 times over ten years. At this rate, it would take more than 27 years to exhaust the cycle life of a Sonnen system—likely way longer than the calendar life of the battery. But once revenue stacking is available and, for example, a utility uses the Sonnen battery to stabilize its grid while cycling the battery several times a day, the Sonnen product would have a significant advantage.

This is where it gets interesting. If you think Sonnen’s endgame is to become a battery system provider for residential and small commercial applications, you are thinking too small. Imagine instead that Sonnen becomes its own utility, aggregating all the battery systems into one big virtual storage system that quickly and seamlessly offers a variety of services for its customers and grid operators. Now we are talking about storage as a service, and those companies offering the best software solution for a large amount of distributed storage systems have a competitive advantage.

In Germany, Sonnen already started what it calls “SonnenCommunity.” It is basically a trading platform that enables system owners to share their stored, surplus PV energy via the grid. So far, Sonnen only guarantees participants lower energy costs than they would pay to a regular utility, but no grid-balancing services for utilities. But it is an important first step in that direction.

When introducing “SonnenCommunity”, Sonnen’s German Managing Director Philip Schröder told Energy Storage News: “If storage is [currently] one thing, it is hardware. [And it becomes] a commodity at some point. But we truly believe, along with GE, that community concept will make this more attractive for the customer but also would allow us to monetize many of the features that we have, such as weather data, forecasting.”

If GE’s investment enables Sonnen to quickly move forward in that direction, its competitors have a lot more catching up to do. 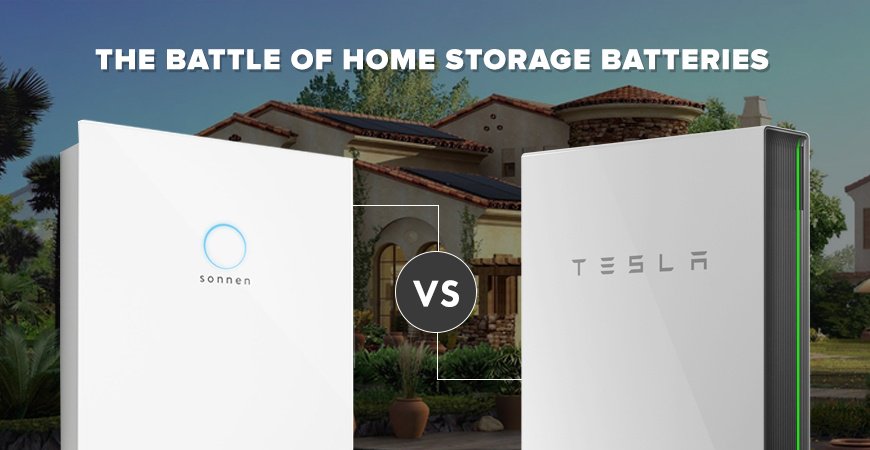 The Battle of Home Battery Backup - sonnenBatterie vs. Tesla

With all the grim news going on in the world, the renewable energy industry has some great news that might put a smile on your... 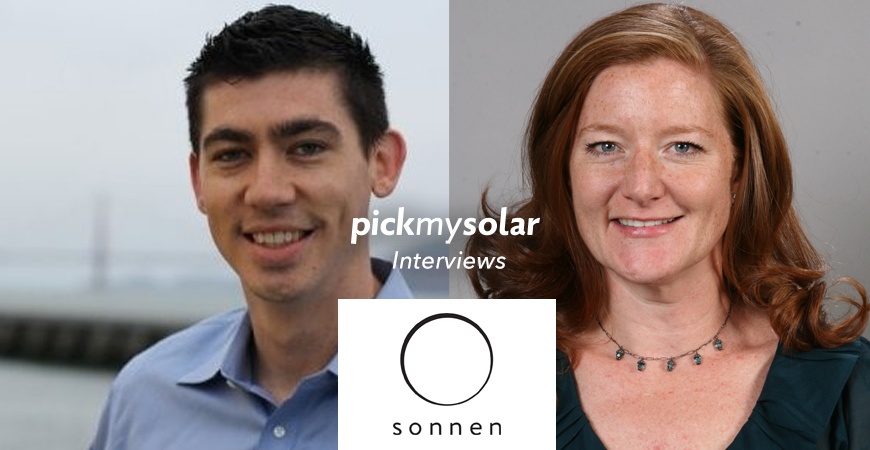 Energy In-Depth: An Interview with sonnenBatterie 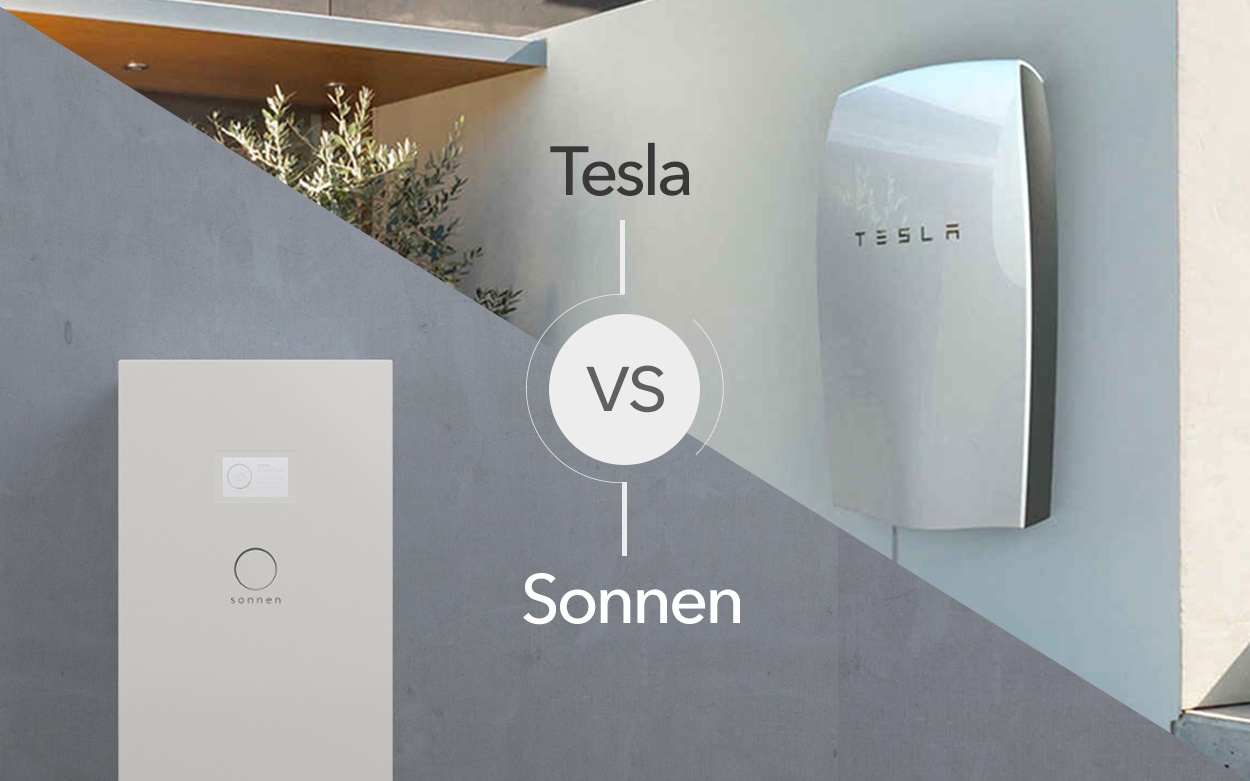