How Does The Federal Solar Tax Credit Work?

Dollar for dollar, the federal solar tax credit is the greatest economic incentive for homeowners to invest in solar panels and/or battery storage. With a little extra paperwork during tax season, you can effectively recover 30% of the total cost of your solar system, with no maximum limit.

In this article we’ll take a closer look at how the solar tax credit works and how to claim it come tax season.

Start your solar project with multiple quotes from vetted installers.

The federal solar investment tax credit — often known as the ITC — was passed under the George Bush administration via the Energy Policy Act of 2005. The ITC was created to facilitate the adoption of clean energy. It started as a 30% credit capped at $2,000 for residential projects, but that cap was removed in 2008.

The ITC has been reduced and extended several times since 2008. In 2022, with the tax credit at 26%, the signing of the Inflation Reduction Act lifted it back to 30% where it will remain through 2032. 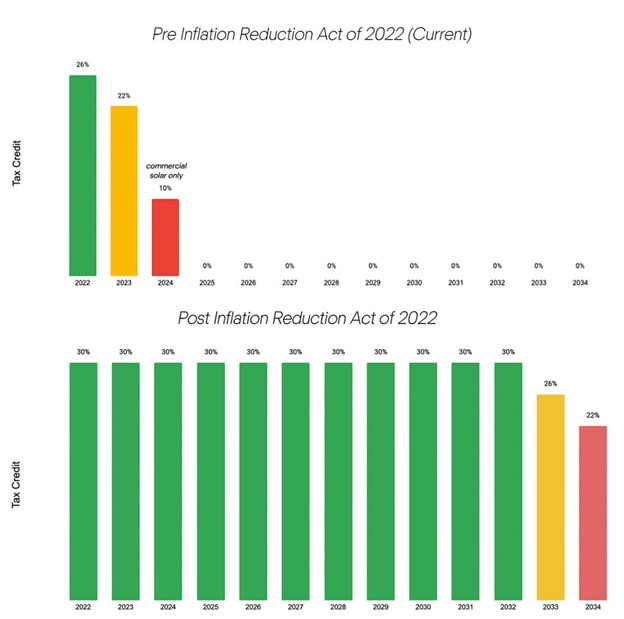 How does the solar tax credit work?

It’s important to note that the solar tax credit is not a check the automatically comes in the mail when you install a solar system. It is a credit that can lower your federal income tax liability to increase your refund or decrease how much you owe.

So, if you installed a $20,000 solar system and it’s deemed operational by a city inspector in 2023, then you can claim a $6,000 tax credit on your 2023 federal income tax return that you file in 2024. If your tax liability is greater than $6,000, you’ll be able to claim the entire credit in one year. If your tax liability is lower than $6,000, you can roll the remaining credit into future tax years.

Always consult a licensed tax professional with questions about your tax liability and claiming tax credits.

What does the solar tax credit cover?

According to Energy.gov, the gross system cost includes:

The solar tax credit does not cover roofing expenses, unless the roof itself is considered solar equipment. It also doesn’t cover electrical panel or wiring upgrades. However, there are seperate incentives for these upgrades worth up to $4,000.

Can the solar tax credit be combined with other solar incentives?

Yes, the solar tax credit can be combined with solar incentives from your state, local government, or utility provider. For example, New York State also offers a 25% tax credit which can be used in addition to the 30% federal solar tax credit.

There are two types of loans solar loans designed with the solar tax credit in mind: Combo loans and re-amortizing loans.

As the name suggests, a combo loan is basically two loans. A bridge loan for value of the tax credit and a primary loan for the remaining balance on the system. The borrower typically has 18 months to claim their solar tax credit and use it to pay off their bridge loan. If they don’t pay off the bridge loan in time, it’s added into the primary balance and increases the monthly payments.

A re-amortizing loan works more like a home loan. The loan balance is based on the total cost of the system and allows borrowers to make a lump payment and re-structure their loan after receiving their solar tax credit. This is especially useful for solar owners that may not be able to recover their full tax credit in one year, as there is no time restraint on re-amortizing the loan.

Here’s how that would look for a $20,000 system with a borrow that needs two years to claim the full solar tax credit.

How To Claim Your Tax Credit?

To claim the ITC you will need to file under IRS From 5695 for that tax year that your system was deemed operational (approved by a city inspector). If you can’t claim the entire credit in one year, it can be rolled over into future tax years.

This guide breaks down the step-by-step process of filing your tax credit, but we are not tax specialists. Consult a licensed tax professional for advice regarding the solar tax credit!

As the greatest and most widely-available solar incentive, it’s important to know how the federal solar tax credit works.

With a little extra paperwork during tax season, claiming the solar tax credit can reduce the overall cost of your solar and/or battery storage system by 30%. This increases your overall energy cost savings and reduces the payback period of going solar.

See how much you can save by going solar.

There’s no doubt that going solar is an incredible investment to make, and it’s never been easier than it is today. On top of the...

How to File the Federal Solar Tax Credit - A Step by...

Now that you have your very own solar system, the 30% Residential Solar Tax Credit is yours for the claiming. How exactly do you go...

In an unexpected yet welcome move, the Inflation Reduction Act of 2022 increased the solar tax credit t0 30% and extends it until the end...

Do Batteries Qualify for the Solar Tax Credit in the Inflation Reduction...

Pairing battery storage with solar is a means of ditching your utility bills and becoming energy independent – but is do batteries qualify for the...

Your Complete Guide to the Solar Investment Tax Credit

Solar energy offers a reliable source of power without the negative environmental and health effects produced by traditional energy sources – such as coal or... 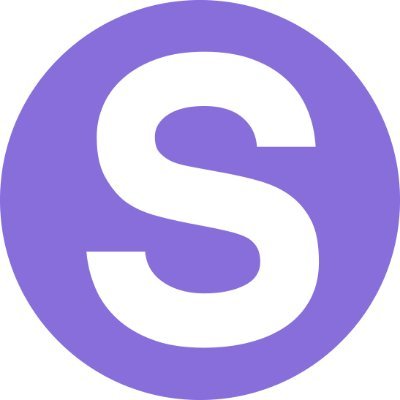 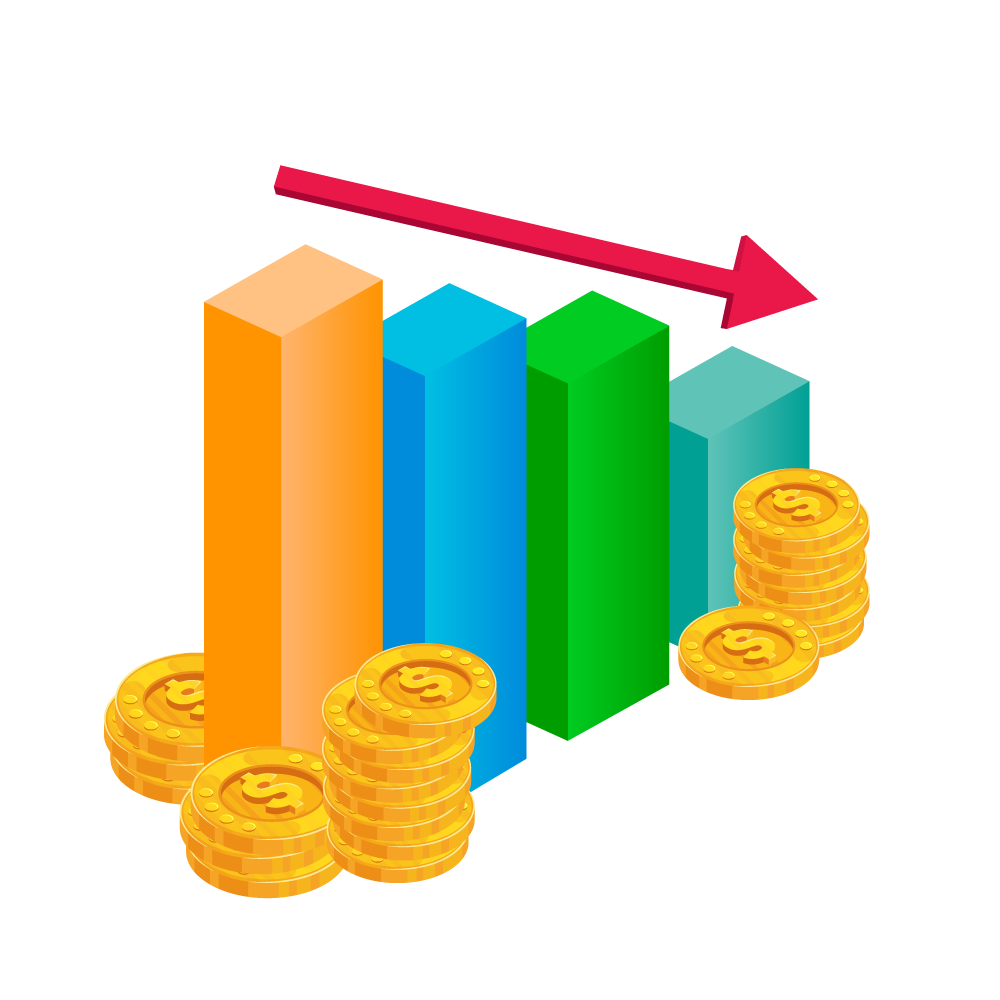 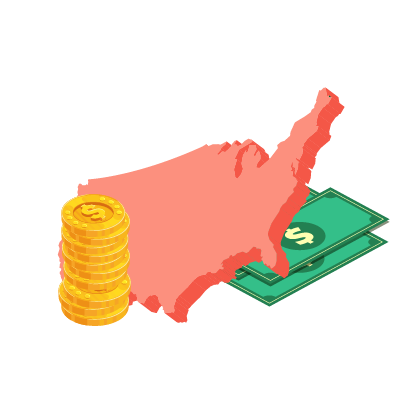 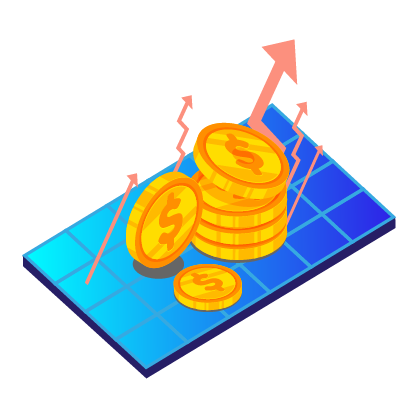