Solar Learning Center > The Pros and Cons of Solar Energy in 2023 > Increase Your Home Property Value > Solar: A High-Yield, Low-Risk Financial Instrument for Your Investment Portfolio

As the 2016 election cycle unfolds, political uncertainty is causing investors to reflect upon the real long-term threats to their own portfolios. It occurred to me recently that there are some striking similarities between the current rate of return on a residential solar PV investment and the rate of return one would have earned on a bond investment during the high-interest-rate era of the late 80s. Many people are dead set against bonds right now and for good reason. The fact is that bonds, or any interest-bearing vehicles for that matter (especially ones that are guaranteed like U.S. Treasury Bonds, the most secure bonds in the world), are just not paying anything. This certainly was not always the case.

In the late 80s, the investing public was typically earning an attractive 8.5 – 9.0% (and even more on high-risk bonds). Not surprisingly, many portfolios at that time were 100% invested in bonds. Today, the nominal interest rate is a paltry 1.6% or 1.7% and people are staying away, but imagine if rates were much higher. It’s fair to say that – if investors could make 8 or 10% on their money, they would come back to the bond market in droves.

Actually, one can still earn such a high rate of return on such a low-risk investment. It’s called solar PV. Here’s how that scenario would unfold.

Consider a $15,000 investment in a hypothetical 8.0% yield, low-risk, 5-year bond vs. the same dollar amount invested in a solar PV system purchase for a home or a business. The bond would yield $1,200 in dividends annually ($100/month). An average sized residential solar system (6 kW) would cost about $15,000 installed (after 30% federal tax credit) and should routinely save a homeowner, depending on the utility territory, an estimated $125/month on their electric bill. Since power generated from the system would be covered under warranty, it’s fair to consider solar low risk – unless you think your utility will go bankrupt or that the sun might not rise tomorrow morning. Notice how money saved on the electric bill could be looked at as a dividend. Now, when the 5-year bond matures, the investor would cash-in that bond and receive back their principal of $15,000. 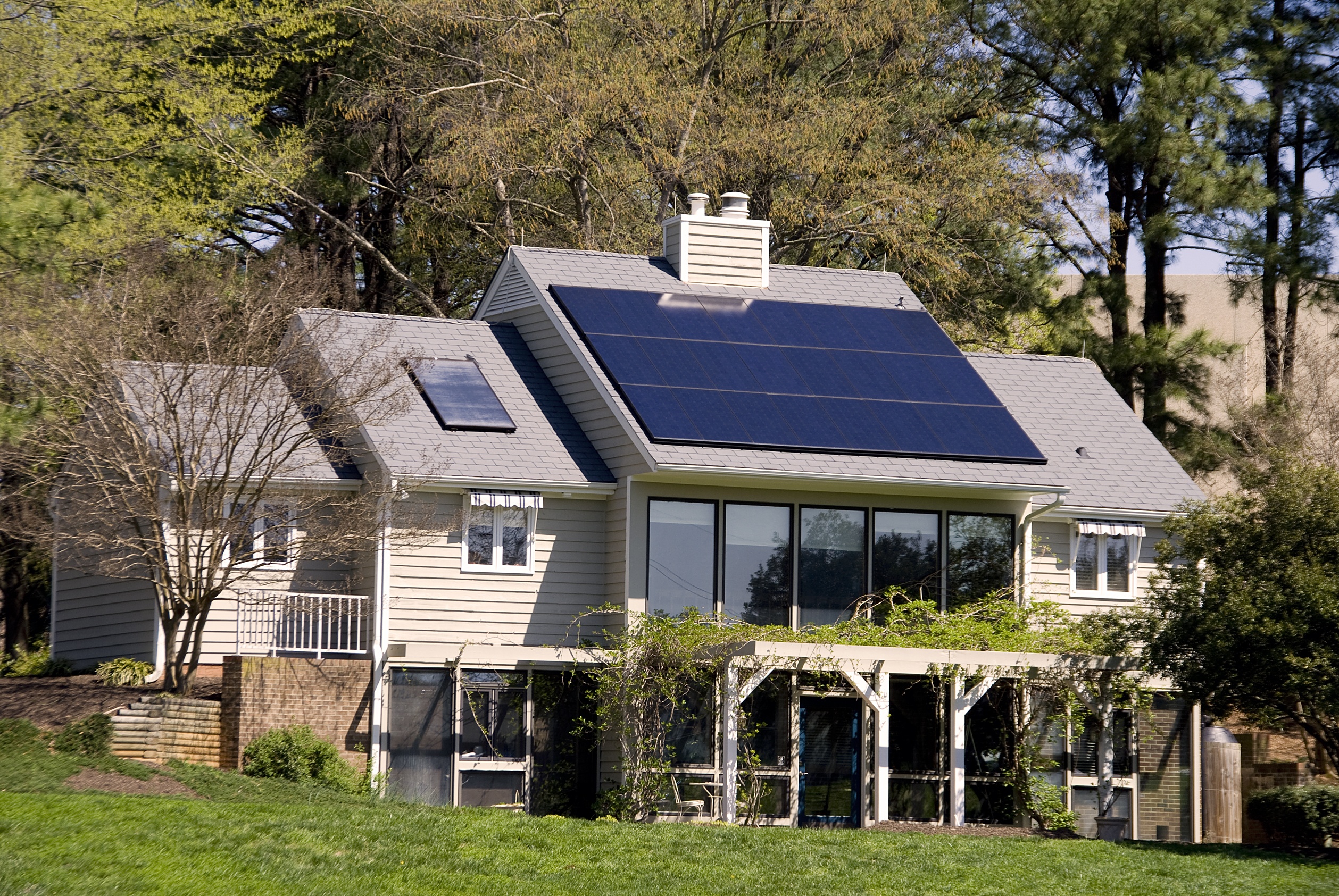 Comparing this idea of cashing in a bond at maturity to a solar investment, let’s say the investor wants to sell his or her home after five years. A study from Berkeley Lab looked at 22,000 homes sold in eight states from 1999 to 2013 and concluded that, as far as an investment goes, solar homeowners are able to increase the resale value of their homes by $4.00/Watt, which is more than the installed cost of the system in our example. In other words, dollar-for-dollar, they get their money back. (Click here for the full report). Ten years ago, solar PV investments were frequently compared to home improvement investments like remodeling a kitchen or bathroom, where owners do not get their money back. (also of note: there are 38 states that offer property tax exemptions for renewable energy). The Berkeley Lab study was a powerful finding and made it easy for investors to see the similarities between funds gained on the maturity of a bond and gains attributed to the addition of solar realized from the sale of a home.

By adding solar, a homeowner is able to hedge against the decreased purchasing-power effects of future electricity rate increases. Now, the range of electricity prices across the United States is wide, so the money saved by going solar will vary from state-to-state. A study concluded that the cost of electricity in California had risen at the rate of 6.7% per year during a 30-year period. Take our example again, looking beyond year five and factoring in future expected electricity rate increases. To be conservative, we will assume electricity costs increase by 5% per year. Let’s look at the money saved (looks like a dividend, right?) as well as return on investment. Whereas the homeowner saves $1,500 in year 1, he or she saves $1,575 in year 2 because of the increased cost of future electricity, and so on. Thus, a 10% ROI in year 1 increases to an eye-popping 24.2% in year 20. The table below shows that a homeowner who adds solar today will have saved (earned) $49,597 in twenty years. By the same token, a homeowner who decides not to go solar today, will end up paying $49,597 extra for electricity in that same time period. 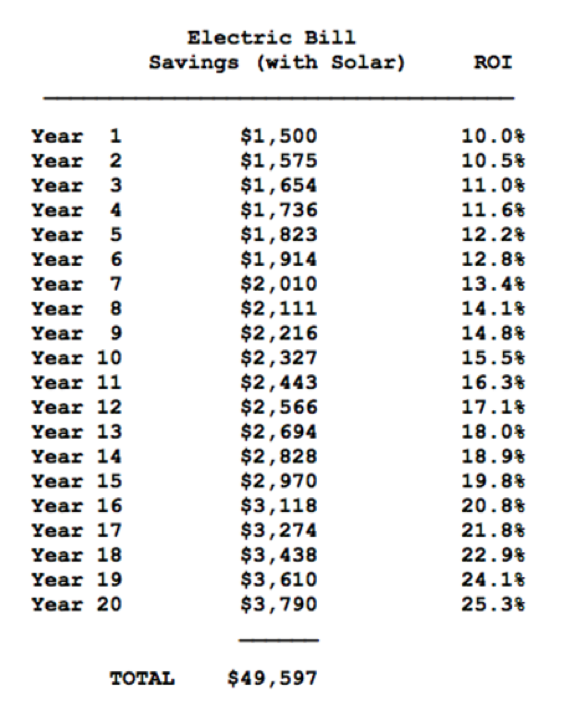 Forward-thinking investors tend to be good stewards of their resources while extrapolating what the future will hold. They would undoubtedly see that investing in solar is not only judicious for the investor but extremely practical. As the cost of electricity predictably rises, negatively impacting the purchasing power of future money, solar energy becomes an attractive, financially appealing investment. Those whose portfolios factor in longevity as well as diversification will wisely venture into areas that bode well for their economic futures. Solar thus serves as an intelligent and expedient choice for economically prudent individuals concerned about their financial growth.