The cost of carbon-based fossil fuels is on an incline. Anyone who opens a monthly utility bill can attest to this. Renewable energy sources, such as solar, are on an opposite trajectory.

This is great news for the climate, but advocates such as Davia Rivka emphasize the need to speed up the transition to clean energy.

“There is a point of no return [in climate change] equivalent to falling off a cliff—where nothing we do will reverse the momentum. We are perilously close to that point.”

Davia is a climate change activist, author and blogger. She volunteers with Citizens’ Climate Lobby (CCL), a bipartisan organization combating climate change. CCL’s objective is promoting legislation for a fee on carbon. Dividends from the proposed fee would return directly to American households on a monthly basis.

Davia and more than 100,000 other volunteers inform, educate and serve as resources for members of Congress. She started working with CCL in 2010, when it was a small organization with only a few chapters across the country. It now operates on an international level.

Davia wrote Up to Something Big, a book containing seven building blocks for people to take initiative and make a positive impact on the world. It’s a collection of inspiring stories about people taking action through socially conscious organizations. 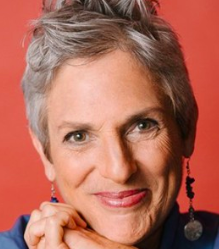 She’s currently writing her second book, which is more about her personal journey. When asked about her growth over the course of that journey she says,

“I continue to become more vocal about why it matters to speak up. My strength is in inspiring and connecting people. I’ve become more vulnerable and more willing to show my own fear, frustration and confusion.”

Climate Change: How We Talk vs. How We Act

Some of her top reasons for advocacy are well-known climate impact issues including extreme heat, cold and other detrimental weather events. These holistic issues will cause food shortages and unlivable temperatures.

What upsets her most, however, is our inability to work together.

“Too many don’t see how we are all part of the same web. When it goes down, we all go down.”

Last year, CCL volunteers met with over 500 congressional offices. During her time with CCL, conversations have moved from whether or not climate change is real, to how we solve it. That’s definite progress.

A major step forward is the formation of the bipartisan Climate Solutions Caucus in 2016. A Republican and a Democrat must join the caucus together in order to maintain its bipartisan nature. There are currently 86 members on the caucus. In Davia’s words, “That represents, excuse the pun, a major sea change.” 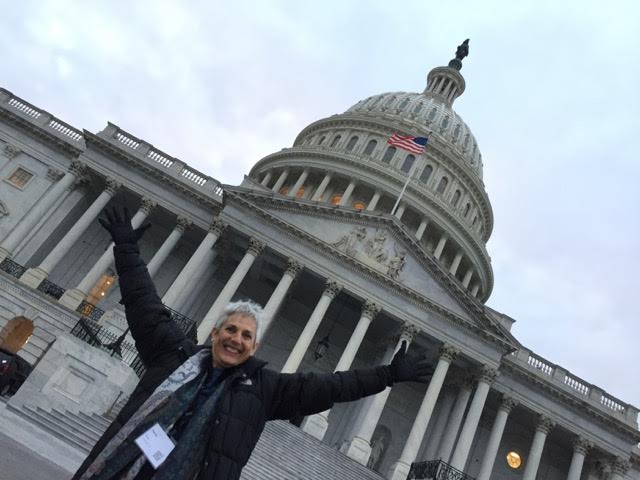 One of the most interesting roadblocks she’s found in lobbying for a carbon fee has been a sense of abdication from some Democrats.

How Does Solar Fit the Climate Change and Carbon Fee Model?

The fee creates more thrust to drive solar forward, making them even more cost competitive, and clean up the world.

Getting Over Fear of “The Other”

How do we get past our resentment toward “the other” and move forward on big important problems like climate change?

Davia believes in sitting down and listening to the fears and frustrations of people with opposing opinions to “see if anything opens up.”

“To get beyond “other” it takes work, listening, checking in on my own stereotypes and prejudices. It’s not easy, but it’s important.”

Citizens’ Climate Lobby builds influence by working with the media, community leaders, and faith-based organizations. CCL is designed to develop and build leadership in its volunteers. If you’re interested in learning more or volunteering, please visit the CCL website.

Read more about Davia, subscribe to her blog and check out her book today at DaviaRivka.com.