Solar Learning Center > The Pros and Cons of Solar Energy in 2022 > How Solar Energy Benefits the Environment > Can Solar Panels be Recycled?


Retired solar panels used to become e-waste in landfills – a remarkably ungreen end to an environmentally friendly life. In recent years, encouragement from the solar industry and technological advancements have fostered the development of recycling programs for panels past their prime. Solar panel recycling now has the potential to become a $15 billion industry of its own by 2050. Furthermore, better recycling practices can prevent thousands of tons of e-waste from hitting landfills while reclaiming the materials needed to manufacture future panels.

Though manufacturing solar panels requires energy input and the use of natural resources, panels produced today have an estimated energy payback period of two years. Thus, in two years they will have produced more electricity than was required to manufacture them. This quick return on investment is even better considering that solar panels manufactured today have an estimated minimum lifetime of about 30 years. In fact, most manufacturers are so certain of the lifespan that they generally offer 25-30 year warranties. Panels in use throughout the post-warranty period will continue to produce electricity – just at a lower rate of production. Nevertheless, panels will continue to generate for decades to come given their passive technology.

It’s clear that solar panels are currently one of the cleanest and cheapest sources of energy. Producing electricity with solar is an essentially pollution-free process, unlike natural gas or coal. Including their manufacturing, panels will use 99% less water and emit 95% less carbon dioxide than coal over their lifetime. While fossil fuels are finite resources that require mining, solar is inexhaustible and free. Once installed, panels require very little upkeep but can produce enough electricity to power your entire home.

Silicon, one of the main inputs in panel production, is the second most plentiful element in the earth’s crust. Given silicon’s abundance, and previously limited recycling technology, the industry historically lacked the motivation to undertake large scale recycling of panels. Thus, the first generation of solar panels from the 70s and 80s have been reduced to e-waste at the end of their lifespan. In response to the mounting e-waste crisis, however, some members of the solar industry have stepped up to encourage the recycling of panels past their prime. 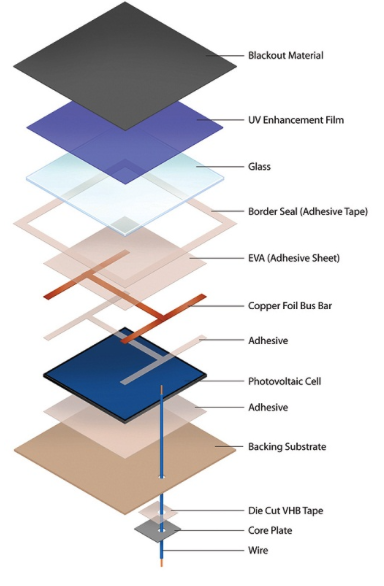 Though there are a few different types of panels,  they’re usually manufactured out of silicon, aluminum, and glass. When separated and processed correctly, these components can be recycled and sold to PV manufacturers. In recent years, the technology for recycling these panels has improved dramatically. PV Cycle, a European non-profit, engineered a 96% recycling rate for silicon-based panels in 2016. The group is continuing to push toward a 100% recyclability rate, which is great news for environmentalists and businessmen alike.

A 2016 study by the International Renewable Energy Agency (IRENA) and the International Energy Agency (IEA) found that panel recycling will represent an estimated $15 billion opportunity by 2050. In just about three decades, IRENA has estimated that global panel waste could be as high as 78 million tons. The US alone is expected to account for 10 million tons of retired panels. This waste, which is largely made up of glass, is a raw material recovery goldmine. In addition to the monetary value of the material, recycling has the potential to create thousands of jobs for workers involved in the process, as well as new industries focused on utilizing recovered materials.

Most solar panels currently in production have a minimum expected lifespan of 30 years, presenting the industry and consumers alike with a major recycling opportunity in the future. Policies that create strategic frameworks to encourage a recycling boom must begin now. The European Union already regulates solar panel waste by requiring all panel suppliers to finance collection and recycling costs for obsolete panels. However, three of the top four countries for installed capacity (China, Japan, and the US) lack any national regulation for retired panels. 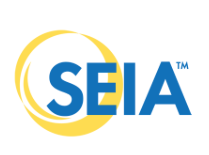 In response to the mounting e-waste crisis, the global solar industry must pursue a more comprehensive “cradle to cradle” approach to their product. In the US, the Solar Energy Industries Association (SEIA) is developing a network of cost-effective panel recyclers available to their members (which include SunPower, Panasonic, and Trina Solar among other manufacturers and installer-developers). SEIA is also in the early stages of creating a “proactive waste management strategies in an effort to make the entire industry landfill-free.” The organization hopes to invest the recouped cost from recycling panels into developing even more effective waste management programs.

While these first steps are promising, regulation mandating recycling standards may ultimately be the most effective way to address growing panel e-waste. Given the current deregulatory sentiment in the US, it is unlikely that national recycling regulations will be placed on the industry anytime soon. In the meantime, it’s up to individual states to spearhead the movement. Washington State, for example, recently introduced a bill that would prevent manufacturers from selling panels unless they have an approved stewardship plan in place. If the industry’s recent actions are any indication, it seems likely that recycling will quickly become the green and cost-effective norm. However, it may take much longer for government regulation to follow suit.